Fun in Parenting (or Out-Maneuvering Your Kid)

For those of you who don’t know, punch buggy is an opportunistic form of vehicle identification violence. As you ride down the road, everyone in the car looks for Volkswagen Beetles.  The first person spotting one shouts “punch buggy” and accompanies the proclamation with a light (or not) punch to a slightly less observant passenger.

As a family, we’ve played this childish game for years.  We usually forgo punching each other, we just see who can spot the most PB’s on a trip.  Most of the the claims for a PB go uncontested.  There is usually a clear winner.  Sometimes we call it at the same time and other times we duplicate a call (so much for paying close attention).  There are two primary exceptions.  In the middle of our neighborhood, there are consistently two VW’s for which we always compete…ruthlessly.

Well, it was two.  Since my son and I know the owner of one of the VW’s, I wrote the following “contract” with the owner conveying all rights to PB to, well, essentially everyone except my baseball-loving son.  The contract (names redacted for privacy) follows:

To Whom It May Concern (but most likely [Son’s Name]):

As the owner of the residence at [Owner’s Address], I, [Owner’s Name], hereby claim authority over the Volkswagen Beetle parked in my garage.  Specifically, I hereby assign non-exclusive rights and privileges to claiming “punch buggy” (or any derivative thereof) as follows:

Furthermore, on any day involving baseball practice, baseball lessons, baseball game (either as player or spectator), or even when working in relation to baseball, merely driving by my residence is sufficient cause to trigger the claim (as described above) to “punch buggy.”  There is no requirement for my garage door to be raised.  NOTE: this single condition (and only this condition) becomes null and void in perpetuity should it ever be witnessed that the car is not on premises (not in the garage with garage door open, in my driveway, and not on the street within 300 feet of my residence).

All terms of this agreement are completely dissolved upon the satisfaction of at least one of the two following conditions.  First, [Son’s Name] attends college on a baseball scholarship.  Second, [Son’s Name] is signed to a professional baseball team as a player.

Physical destruction of this agreement will not render it void.  Once signed, this agreement is considered to be in continual and perpetual agreement until the aforementioned conditions are met.

This agreement may not be superseded by any subsequent agreement.

When I presented the signed contract to my son, he crumpled it up and returned it to me using his best curve ball.  After smoothing out the paper, I read the penultimate paragraph to him again.  He just shook his head and walked away. 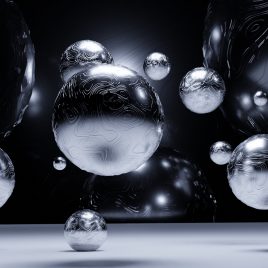 Imagine each of these things. Different sizes, right? Right. This is how I think about tasks. Boulders are big tasks - they might even be entire projects. Much like a block of marble waiting to ...